In this world, there is no any field where you don’t have struggles. After lots of ups and downs, there is a ray of hopes which always show your destination path. Cricket…many people outside the ground thinks that it is very easy to play cricket and be famous like Sachin Tendulkar. But it is not the same, after lots of efforts they are at the top position. Let’s meet the new rising star of cricket, Krishnappa Gowtham.

Indian Premier League (IPL) is the most important cricket league for every cricketer and cricket lovers. IPL is the platform where every emerging cricketer gets the chance to show their talent. And this year, IPL 2k18 brought New Face called Krishnappa Gowtham in the picture.

Who is Krishnappa Gowtham and how he started his career??

Krishnappa Gowtham is from Banglore and he is an Indian “First-class cricketer” who plays for Karnataka. Gowtham nicknamed Bhajji as his spinning style is like Harbhajan Singh. Krishnappa Gowtham is an emerging off-spinner, Bowling Allrounder, and explosive lower-order right-handed batsman.

Gowtham’s professional career started when he was selected for the under-15 zonal tournament in Bangalore. In that tournament, he was the second highest wicket-taker. That time his bowling style got a real boost.

Next, he got chance in November 2012, he played his first Ranji Trophy for Karnataka against Bengal and got 2 stunning wickets. That was not enough to make some place in the cricket world. He worked on his off-spinning bowling style. And he came back with the leading spinners for Karnataka and continued his journey in 2016–17 Ranji Trophy season. He helped his team to win against Delhi and Assam by two consecutive five-wicket hauls.

Due to Ranji Trophy 2017, Gowtham got sold out with Rs 2 crores for Mumbai Indians IPL 2k17 team. First time in IPL and most important playing in Mumbai Indians team was very big opportunity for Gowtham. But as everyone knows Mumbai Indians is a strong team already, so that time Gowtham didn’t get a chance to show his talent. MI didn’t feature him for a single game throughout the tournament. IPL 2k17 couldn’t show this hidden talent.

Gowtham continued in first-class cricket, beginning the 2017-18 Ranji Trophy. Now he explored his batting skills. He scored his maiden first-class century, batting for Karnataka against Assam. But didn’t forget the bowling skills he got 7 wickets across 2 innings. That was a memorable victory for Karnataka over Assam.

This victory offered him one more chance in IPL 2k18. Now that was a turning point for Gowtham. The 29-year-old Krishnappa Gowtham was bought by Rajasthan Royals for a whopping cost of Rs 6.20 crores starting from a base price of  Rs 20 lakh.

This time Gowtham didn’t lose this opportunity. In the whole tournament, Gowtham played in 15 matches for Rajasthan Royals. That was an excellent presentation of his skills.

On 22 April 2018, Rajasthan Royals Vs Mumbai Indians, that match was one of the shortest but most exciting matches. Krishnappa Gowtham helped Rajasthan Royals pull off a fascinating run. His 11 balls 33 runs (2 sixes and 4 fours) totally changes the situation on the stadium.  He just changed the complexion and momentum of the game in the last three overs, helping his side in registering an unbelievable victory.

The overall Scoreboard was quite good in this IPL2k18 season, in 15 matches he scored 126 runs and 11 wickets. We can say that Gowtham is now at Flower of cricket with his passion.

This IPL season explored Krishnappa Gowtham with lots of expectations from cricket lovers. Now everyone is waiting for the new Scoreboard of Gowtham.

Your performance sets a benchmark, go set it once again. Good Luck!

Best wishes from his cricket fans. 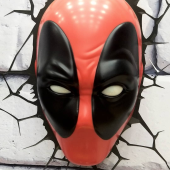