Gmail users are under attack in a gigantic phishing operation that’s spreading across the internet like alighting. yes, Google Hacked !!!

People took to Twitter to report receiving an email that looks like an invitation to join a Google Doc from someone they already know.

As soon as you confirm the invitation by ALLOW button. The Hacker gets over your Gmail Account and Sends same invitation to your contact that you have shared a Doc file and the chain goes on and on.

The practice of sending a fake email in order to trick someone into granting access to their personal information or. A complete account access is called phishing, and it’s usually done for malicious reasons, like to steal credit card information or trick them into sharing their password.

Screenshot of recent action taken on twitter on this Google Hacked Scam.

If you receive an email like this, do not even open it. If you’re at work, alert technical support team. According to the Reddit post, if you have clicked “Allow” in the Google Docs prompt, you’ve been compromised.

Here is the complete demonstration on this: 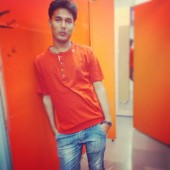 Moto g6… A smarter way to see the world!